In the business world the term servant Leadership gets thrown around to much. It’s been happening for so long that I’m not sure many people understand what it means. Its become a buzz word, something people throw out hoping to get the group excited. I get really annoyed by that, because there’s a lot of good we could do, if the world had more servant leaders.

As I sit here writing about servant leadership, I mentally go through a long list of leaders who’ve impacted my life. These brave men and women chose to work with me (which is a challenge), and they decided to put needs of the team ahead of themselves. In fact this reminds me of a famous quote, and I don’t often quote Star Trek;

Servant leadership isn’t being focused on a job, instead it’s about focusing on a team. The see their job as facilitating and helping the team in whatever job they deem necessary.

What Is The Meaning Of Servant Leadership?

A servant leader is someone that takes on any job to help push the team forward. This could mean the worst or most time consuming jobs. This is to help facilitate the growth and advancement of the team. They serve the team and through that help them stay focused.

There are many different ways to become a servant leader, and some of the time you don’t have to actually be crisened as, “the leader.”

What Are The Qualities Of Servant Leadership?

To facilitate and grow trust a leader must give respect and eventually earn respect from their team. This doesn’t mean they have to become push overs, but their team needs to believe the leader is for their best interests.

You can’t fake building trust, and if you break it you’ve shot yourself in the foot. Many people don’t understand this, they get excited because they’re put in charge of a group, and they forget they’re leading people.

I remember taking over a management position in a retail company I used to work for. I knew upon walking in that my new crew had a morale and trust problem. Their previous manager would pit them against each other, and motivate them through lies. Needless to say I had my work cut out for me.

I didn’t stop there, and if I would’ve there would’ve been no respect earned. Instead, I showed up at 4am when the first two members of my crew arrived. Coffee in hand I jumped into getting our department ready. I asked questions, I encouraged them, and by the end of the day (it worked fast that day) the morale was lifted.

Time Shouldn’t Be Your Focus

Things worked that fast for most of my team. However there were two members that took awhile to warm up to me. I assumed they had worked with the previous manager longer, and were waiting for the other shoe to drop.

I proved them wrong and I’m glad I did. After a few months they became my best workers.

You’ll develop trust fast, by working side by side with them, encouraging them, and learning from them.

Mistakes Servant Leadership Can Bring About

A mistake that lots of leaders make is thinking their position is too high for them to learn from their team. On the contrary your team is in the trenches, they’ll know more about specific topics than you never will. However as the leader you’ll know more about everything as a whole.

Leaders Develop And Grow Their Team

There’s a pride that comes with leadership, and with servant leadership you’ve gotta let go. Pride will only hold you back, and it has no place where you and your team are going. I’ve written a little bit about pride. If it’s a subject that interests you I’ve titled it “Pride Comes Before The Fall.“

A servant leader seeks out team members with skills and abilities they can help develop. To put this into action, I like to delegate authority and work alongside my team members. This helps me encourage and guide them. Sometimes I can help them come up with faster ways to do things, and they’ll give me suggestions just as well.

Open and honest communication can get you very far.

One of my favorite things to do as a leader is trust my team. It makes the job so much easier. Not only do I delegate, I’ll have everyone cross trained in my position.

You see I’m not to proud to realize I’m expendable. I like the idea to training myself out of a job. When I was in college, I worked as a valet and made good money doing it.

Most of the time I ran shifts and was in charge of 4-6 valets and maybe 100-150 cars depending on the day. Most of the time things went smooth, it was amazing. My crew and I would flow together pretty easily and if I was pulled away to deal with an issue, like an irate client. My team would flex and expand doing my job as well.

We all knew the next persons job, and they all new mine. We did this and watched out for each other because we’d built a relationship of respect, and trust. It probably helped that we had some downtime everyday and joked around a lot.

They Follow Up On Problems And Help With Solutions

When a leader delegates a problem or a fix that doesn’t mean it should never be revisited. The buck stops with them, and it’s good to know how your issue is going to be resolved.

When you walk into that situation, ask a lot of questions, ask why they made their choices? You can learn something from your team, and sometimes they’ll learn something.

Have you ever believed something until you said it out loud to a parent, teacher, or friend. Only to realize you were an idiot? Sometimes that’s what happens, and then the team can head back to the drawing board.

Communication will give you creativity.

They Value Diverse Opinions And Use Them To Find Solutions

During the times where you do over fixes to your problems, you’ll be getting some crazy ideas. Never say they’re stupid, at least try not to say never, because there are some stupid ideas.

However, when people give their opinion it means they trust you, and even dumb opinions can help lead you to a correct solution. In my meetings I love throwing out the dumbest ideas, although sometimes I have to reign myself in because I’ll derail the meeting. However, I know my ideas have helped with some creative problem solving.

Who Can Practice Servant Leadership?

Anybody can become a servant leader. When you’re thinking about leadership there is one misconception to address. Leadership is all about influencing other. It has ‘Nothing’ to do with position.

Even when you have no responsibility, you can still influence the people around you. The people in management positions have an easier opportunity to lead, but they have to make that choice, just like you do.

What Is The Mindset Of Servant Leadership?

The mindset of a servant leader is to build the team. Nothing is beneath them. As a matter of principle they will take on the hardest tasks. For example, a toilet needs to be scrubbed. They will be the first one to take on the task.

The Mindset Of Servant Leadership Contains;

Your goal as a servant leader is to share the vision, get the team to believe it, and remove obstacles in their way.

It all sounds so simple right? 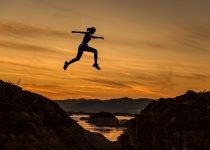