Skip to content
Home
Live By Faith To Find An Abundant Life
How Do I Forgive And Forget? How To Learn About Letting Go

I’ve been told that forgiving is easy, it’s the forgetting that’s hard. However, I don’t necessarily agree with that. When someone does you harm, how do you forgive and forget?

Some people just asked a question in their head:

Doesn’t that mean what they did was okay?

I’ll say it a lot, forgiveness isn’t about them, it’s about you. When you forgive, you’re releasing the pain, heartache, and the chance to retaliate. In turn, you get peace, happiness, and joy. When you finally forgive and forget, you’ll experience something amazing.

That is what forgiveness is, and when you can’t forget it, maybe your emotions are still tied to it.

Forgive And Forget; Why It’s Difficult

I don’t condone completely forgetting what someone has done. On the extreme side, what if someone murdered a person close to you. You can forgive them, but how are you going to forget that? I discuss this topic a lot in my book “Hurricane Jerald.”

When you forgive, you can’t necessarily forget the actions of the person. However, you can forget the anger, pain, and heartache they caused.

When you truly forgive, you can think about that person, and not wanna punch them in the face.

However, sometimes when you let things go, you do forget, and I feel that is a good thing.

Trying To Forgive And Forget Is Difficult

You can’t forget without forgiving, and ultimately that will be extremely difficult. Forgiveness is a daily choice. Forgetting will happen when you’ve finally let go of the hurt and pain.

You can’t remind yourself to forget, it doesn’t work that way. As the emotions and pain fade away, so will the memory. It might be quick or take years. The forgiving part is more important.

How To Forgive & Forget?

I don’t think you can ever totally forget what happened to you. My father was abusive, and I still forgave him before he passed away. Sometimes I’ll think about my childhood and I’ll get angry.

I’ve noticed the anger isn’t directed at him anymore, it’s more focused on what was lost. I spent the last two years of his life next to his hospital bed. We forgave each other, reconciled, and he passed.

I chose to forgive him, and the bonus I received by letting go, was a lighter heart. Before I was a broken man, a child even. The part of me that was broken by him, had never grown up.

When your heart is injured, that part of your heart doesn’t tend to grow up.

Forgiveness didn’t happen instantly, it was a choice I made and continued to make. Eventually, it clicked, and that was the time I looked back and realized the hate was gone.

You can do this too. Make the choice, talk out your feelings, and continue to forgive him/her.

When You Forgive And Forget, It’ll Free Your Heart

Our Society has a powerful quote that I’ve heard a lot recently:

I think the fine line is there because of the intense emotions involved with love and hate. How do divorces get so ugly? Because once there was a lot of love, and that love has soured.

Why do family events bring out the worst in people? (I know this first hand).

The truth is that love can sour when something negative happens. However we have the cure, and what you need to do, is forgive and forget.

Family Pain; Is The Most Difficult And The Hardest To Forgive

I think family pain is the hardest to navigate. These are the people we’ve opened up our hearts to. We’ve grown up with them, and they know the real us. When something like divorce, cheating, or even a major lie happens, It breaks us and shakes our foundations. This pain is different than what comes from a stranger. Because they know the real you, and they still rejected and hurt you.

If a stranger on the street came up to me and insulted me. I’d laugh because it wouldn’t make any sense. I don’t know them, and their opinion means nothing to me. (I still might get mad) However, the exact same sentence said to me from a close confidant, or family member could lead to a fight.

How To Forgive; The Story Of Eva Kor

Forgiveness is a tough road, but it is the best road to take. So how do you travel the road? How can you forgive, when somebody has done the unthinkable.

Eva Kor and her twin sister were sent to Auschwitz in 1944. At the camp, Josep Mengele put them through horrible and dehumanizing medical experiments. Eva was even told by Joseph that she only had weeks to live at one point.

Why am I sharing this story? On 4.28.15 Oskar Groening was on trial for his part in the Holocaust. During his time at Auschwitz, he was the camp bookkeeper.

In the courthouse, Eva approached Oskar, she gave him a hug and forgave him. This caused waves of anger among the other survivors, but she still did it. Oskar then took the stand and begged for forgiveness from the survivors.

The other survivors were angry, but Eva responded with the quote below:

“I don’t forget what they have done to me,” Kor explained. “But I am not a poor person – I am a victorious woman who has been able to rise above the pain and forgive the Nazis.

“I know many people will criticize me for this photo, but so be it,” she wrote on Facebook after sharing a photograph of her and Groening holding hands. “It was two human beings 70 years after it happened. For the life of me, I will never understand why anger is preferable to a goodwill gesture.”

Forgive And Move On

I love this quote of hers. I know you came here to learn how you might forgive and forget, but that might be impossible.

However, you can forgive, and live. The trick about forgiveness is that it stops the event from controlling your lives.

Those Holocaust victims that were angry at Eva carried that anger with them for over 70 years. That is a huge burden to carry, especially when you can just set it down.

Remember what I said at the start of this article. Forgiveness isn’t saying what they did Was okay. It never is, Instead forgiveness is about letting your connection and emotions vested in the issue go. I wrote out the steps to forgiveness in another blog, you can find it here: Forgive and Let Go.

Never Carry A Burden For That Long.

How To Forgive And Forget?

You need to make a daily choice. Sometimes you’ll fail.

However eventually, as you daily make the daily choice to forgive. Your pain will begin to fade away. You’ll notice healing begins to play out in your heart. You’ll feel more freedom and it won’t be on your mind as much. Eventually, you’ll go a few days without thinking about what happened to you.

When that happens, you’re well on the way to wholeness. Keep going, and you will have finally taken control of the pain in your heart.

If she could forgive that nazi, who did her so much wrong. We should be able to forgive people for lesser offenses.

Why Do We Get Offended So Quickly?

People are very self-focused, and that’s not necessarily a bad thing. We should be focused on ourselves to an extent. Self-focused is different than selfish where your only concern is yourself.

We get offended because people have done us some wrong, that we perceive. Perception is a funny thing because the other person might not believe they did wrong. Keep in mind every situation is different, and I’m using generalizations.

With a standard communication model, when somebody speaks to us, we receive their message, and we interpret it, from our own personal bias. The interpretation weighs heavily on what we perceive they meant to tell us. Now in reality what they meant.

The more you talk with them, the better you’ll get at guessing their intentions, however that also leads to comfortability, and miscommunication.

In other words, you’re guessing their intentions, and that gets you into trouble. If things are unclear, just ask questions.

How can one forgive and forget?

What Stops Us From Forgiving?

Most of the time our pride stops us. We can’t admit we’re wrong or we don’t like the idea of hurting them anymore. When in reality your relationship will be stronger by going to them and having a deep conversation.

I really hate those, but I understand the necessity.

In conclusion, if you really care for someone, try to clear the air. Go up to them, and explain (not in a threatening tone) what you thought you heard. Ask them what they really meant. Tell them it hurt you. If they really care, you’ll be able to make things work.

This Is Why We Have A Divided Country

I’ll briefly touch on this topic, at this point in time the leaders of our country have shut the government down. They can’t agree on some simple points. That’s how things work in our country sometimes.

Eventually, this will get worked out, it just sucks that so much time is being wasted. What isn’t okay is the name-calling. It is hurtful, and juvenile and our leadership should be above that.

The people in our country need to come together. Not as democrats, republicans, or libertarians, but as Americans. We have common ground, stop letting the rhetoric divide us. It’s time we make real and positive changes. It’s time we realize the hate we hold in our hearts, and let it go. I’m not talking about one side or the other. I’m just speaking the truth. I hope you all have an awesome day, and you enjoyed reading this.

I spent many years hating my father. He was abusive, he lied, and he hurt my family. Now he’s got cancer, and I’ve finally reconnected with him. it isn’t a perfect relationship, but he’s my father. I’ve let go of my hate, and anger. He has too, now I’m getting to know him, and that is pretty awesome.

However I know that I’m living with him on borrowed time, and all I want is more of it.

I’ve written my story in an ebook below. Check it out. 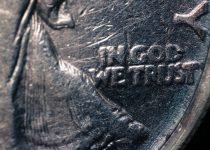