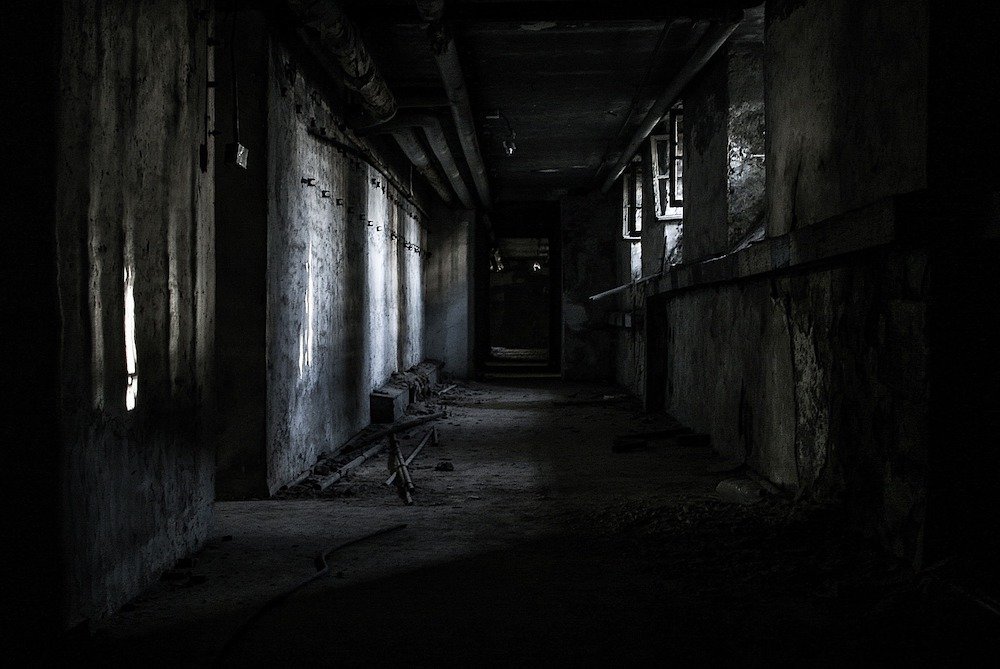 Fear and anxiety will creep in fast and unexpectedly. It strikes me during the quiet time of the night. I wake up startled, gasping for air in a cold sweat. And in my memory, a terrifying dream fades away slowly. However, a feeling of terror remains.

My heart is beating fast, and I can’t go back to sleep. So instead of sleeping I’ll get out of bed and wander my dark apartment. My anxiety has struck again robbing me of precious sleep.

This scenario happens to me regularly. So much in fact I find myself writing at 3 AM at least once a week. I can’t say my fear and anxiety have been conquered, but I can say they’ve changed dramatically.

In High School, my friends thought I had a death wish. In reality, I didn’t care about life. Now that I’ve made it to my 30’s (by the grace of God). I have a tighter grasp on life, and I have dreams and goals I need to accomplish before I go.

Now I’m facing different fears, someday they haunt every step, and others don’t even come up.

My anxiety is pretty straightforward, and I’m sure most of us have similar ones.

Why Do We Have Fear And Anxiety?

I’m not a doctor, psychologist, or anything related to that field. I’m a snowboard instructor who was abused as a child. Due to that experience, I never knew stability, and I’ve been trying to find it my entire life.

Fear fights logic and will overpower it whenever you feed the beast. As long as you fear, and surrender to that fear, it will control you.

We Are Fearful And Anxious About Things We Can’t Control

It’s like when people are scared about flying. In reality, you have no control, all you can do is sit back, relax, and hope you don’t die. There is nothing you can do to stop the issues with the plane. Short of not getting on one, and for some people that’s not possible. (comforting isn’t it)

It’s also running from your fears.

When there is no control, fear will creep in.

We’re Scared Of The Unknown.

It’s always a dark location, usually at night and it makes a terrible noise. We don’t know what the noise is, and we can’t see a thing. However, it’s unknown and therefore could be a threat. This is what scares us.

I like to think about the house down the street in our collective memories. It’s a scary house full of cobwebs and urban legends. During the day it isn’t scary but at night. You’d never walk by it or heaven forbid go inside it.

The woods and the open sea fall into this category. When things are uncertain, and can’t be controlled (hey there it is again). We become Fearful.

So what are some of the most common fears and anxieties?

The 10 Most Common Fears And Anxieties?

The fears below are taken from a list I saw on an ABC news site. I feel that it’s pretty spot-on for fears as I’ve met people with most of these.

This is a common type of fear. Classified as a social anxiety disorder it stops many people from socializing. This disorder most likely will get worse in the future. This is due to increases in people working from home, and getting everything they need to be delivered.

Agoraphobia: This is a fear of open spaces.

Although it’s much more complicated than that. To me, it seems the opposite of claustrophobia. It probably has some relation to social phobias but whether it’s the cause or effect would depend on the person.

Acrophobia: The Fear Of Heights.

I’ve had this a few times in my life, and one time I caused fear. I watched a TV Show called airline Disasters and then boarded a plane. I almost freaked out on the plane.

Some people get scared of being on a chair or going up an escalator.

Pteromerhanophobia: The Fear Of Flying.

Some people can hike tall mountains and ski down them, but when it comes to flying, they’ll opt to take a road trip. I’ve even heard of a few sports players with this issue.

Do you hate closets? Does a room have to have an open door? You might have claustrophobia. I feel like we all have some level of this fear.

There are some people who fear spiders, other caterpillars, and millipedes. For me, I hate them all, and spiders are the worst.

There was a time that I stepped on a spider. I thought I was killing it, but a thousand little ones came out of it. Never again.

Okay, let the record show I am not cool with snakes. They are slimy weird and have fangs. If one comes near me, I’m tying that thing to a pole. The worst are python, anacondas, and boa constrictors. I don’t wanna die like that…However I don’t think I have a fear of snakes, I think it’d be worse.

I thought I had this fear growing up. I was a paperboy and was bit by a dog in the 3rd grade. Looking back I see the dog was being playful and it didn’t break my skin. I had no experience with them and it terrified me.

I was also caring a heavy bag of newspapers and couldn’t defend myself.

I think my father and grandmother had this fear. Both of them would panic whenever a large storm came. My father probably inherited this fear from his mom and she grew up during the depression when storms would do major damage. It’s understandable.

Going to the doctor and you have this fear. I like to tell the doctor and nurse that I don’t wanna see it. If I don’t see it, then I’m not afraid of it. Then it comes out of nowhere and I feel a stabbing pain LOL.

Why I’m Writing About Fear And Anxiety?

Our Fears and anxieties attack every single day, and when the attack comes we have two choices.

Both choices have some merit, and depending on the situation one might be a better choice than the other. In my book Hurricane Jerald I go into some of my fears, writing about how I overcome them.

If this is a fear that keeps coming back and your running doesn’t help. Put your fists up, it’s time to knock it out. I lean more towards this choice because I don’t like my fear. I want to destroy it from ever taking hold of my life.

However, I’m not the best at fighting yet. You’ll never win the fight by winning one battle. This fight will be an ongoing campaign, but eventually, things will get easier.

It’s a belief of mine that everyone should know how to defend themselves. Whether they take a self-defense course, or they have a weapon they’re trained to use properly. It’s important.

If you are scared, and in a situation where you can’t defend yourself or you’re in physical danger. RUN away. This is a major time you should run. There are other times as well to be sure, but this is the time to act.

How To Face Fear And Anxiety?

I wrote a blog post about this recently about ‘Overcoming Fear And Anxiety.’ In it, I used an example from my job as a snowboard instructor. A few years ago I had a severe concussion. This gave me intense anxiety, I even considered giving up snowboarding.

When you’re driving on an icy road, eventually you’ll hit some black ice and the car will go into a skid. This is where you turn into the skid. If the car is spinning right turn the wheels left.

Doing this simple move will help you regain control, and the same can be done in your life. When you’re full of fear, anxiety, and pain. Turn into the skid.

You might be thinking, wow that wasn’t a lot of help, but that’s because I can only show you the door. You have to walk through it. The choice is yours, live in fear and anxiety, or be free.

I know what I’ve chosen, and I don’t regret choosing freedom. I hope you liked this post, and I pray you choose well.