Entrepreneurs fail for a multitude of reasons, I’m writing some of the most common ones below.

I wrote an article a few months back called Fail To Succeed. This topic about why Entrepreneurs Fail is similar. Most people don’t realize that success is a process, and it usually is a long and stressful one. At the time of writing Fail To Succeed, I had two e-commerce websites that were averaging 5-10 views a month. I’d been working for over a year on them, and should’ve been happy to see some fruit from my labor. Instead, I was depressed that it wasn’t gaining more traction.

I began to wonder if my time/effort was wasted, and started to look for work elsewhere. I thought maybe I wasn’t cut out for this life of entrepreneurship. Now that some time has passed and things are more clear. I see that I had the wrong motives, and the wrong timetable mentally.

A quote I say to myself often is that I’m playing the long game. I’m building something that’ll be strong, and last a long time.

Slow and steady can still win the race.

Entrepreneurs Fail Because Of Improper Motives

Many people see the glitz and glamour of success and don’t understand how much work went into it. What you see on FB and Instagram are the finished products, and/or fake products. I’m sorry to tell you, but if there was a way to get rich in a few days, more people would’ve discovered it.

One of the things that annoy me whenever I log into YouTube/Facebook/Instagram is the endless barrage of get-rich-quick schemes, and every video thumbnail is in a similar formula. Usually, it contains a muscular dude sitting/leaning on an expensive car. Or it has beautiful women having fun somewhere.

I’m not saying those people didn’t work to get there, I’m saying you’re not seeing it. That is a huge difference. Most Entrepreneurs fail many times before they succeed.

The truth of entrepreneurship is that it’s never easy. I’m projecting another year or two before I can get to full liquidity and actually write myself a check. (I’ve been doing this for 2 1/2 years).

Have I thought Of Giving Up?

Yes, I’ve wanted to give up multiple times. Being an entrepreneur is difficult, but the rewards are worth it.

The truth about why entrepreneurs fail stems from a couple of reasons.

Entrepreneurs Fail Because They Don’t Count The Cost

I’ve met a lot of people in entrepreneurship circles in the last few years. A few have achieved great success, while many have quit and they work regular jobs now. An excuse I hear is that they couldn’t hack it. They weren’t cut out for it.

Entrepreneurs fail because they choose to. It’s hard to make that statement, but I know when I stop moving forward I fall back.

I believe that to be a partially correct statement. From my experience. I’ve done the same thing. A few years ago I was a Project Manager for a Fortune 500 company, and I couldn’t stand doing the job anymore. I was stressed out beyond belief, my work was my life.

So one particular Friday while stressed out, I went to work and wrote a letter of resignation. Two weeks later I was jobless and trying to build something from scratch.

In my first year, I was the poster boy for entrepreneur failure. Here’s a list of them, keep in mind these all came around in a 9-12 month period of time:

There were 1 or 2 other things that failed so fast I can’t even remember them. The truth of the matter is, I shouldn’t have quit my job without a good business idea, a proper business plan, and knowing how long it would be until I was profitable.

You Live And learn, Right?

When Entrepreneurs fail, it can be from a lack of planning.

Entrepreneurs Fail Because Their Focus Is Wrong

In reality, I sold junk products from China, and so did my competition (at least 50 other sites). I had nothing to differentiate my site from theirs, and that bugged me. I Thank God that I wasn’t a success, I don’t want my personal branding attached to that.

In reality, when you become an entrepreneur, you need to count the cost, and understand what you’re doing might take a while. You might have success in a month, or it could take years. At the very least, it won’t be on your timetable.

To this day I struggle with a focus on my websites. For one of them I’m trying to write my next book and for the other, I get sad every March because snowboarding season ends and that means fewer visitors.

If you’re not passionate about what you’re idea, you’re not gonna make it. When the rain is falling, the wind is blowing, and you hate what you’re doing. That’ll be the time you cut and run. However, if you love your idea. You’ll hold on, and eventually, you’ll fail enough that you’ll succeed.

Entrepreneurs Fail Because They Lack Persistence

I would say this is the #1 reason entrepreneurs fail. They give up too soon. Sometimes a few steps from the finish line. You don’t know when your success will arrive, you have to keep going.

Now, this doesn’t mean you shouldn’t make changes. I had multiple failed businesses, and they led me to ESterlingLLC (this Website) and SnoFallGear (My Snowboard Site).

I also have plans to expand and create a few other sites, right now I’m looking at costs and seeing what could be profitable. Entrepreneurs fail because they aren’t growing as well.

There were many times I could’ve given up, and probably many more chances will come. However, whenever I think I’m failing, that’s when I start looking at my plan. This is where I adapt and change things.

This is what I learned from my entrepreneur fails:

You’ll notice a trend, all of these happened in a progression. The Mobile closing is a little off but I needed to make money at the time, so I jumped at that chance.

Those failed business ideas, caused me to reevaluate what I was doing. Once I did that, I made adjustments and kept going.

You can do the same thing. Instead of giving up, look at your problems, learn from them, and make adjustments.

So, Does This Mean I Should Never Quit?

I’m not saying that. I shut down those stores and left those businesses when they failed, but there is a time you’ve failed, and it’s time to walk away.

The timing is different for everyone and depends on what business they are involved in. I’ve set goals and stops for myself. If I’m not achieving those goals I have to find out why, make adjustments, and move on from there.

When do you evaluate things ask yourself if this is a setback or a failure. When my business Makes less revenue than I projected for one month, that’s a setback. However, if that month turns into 6 months, that’s a failure. (and I should’ve been adjusting after the 1st or 2nd month already)

When you realize that the work to put in isn’t worth it, or the money coming out won’t be worth it. This is the time for you to cut and run. Use that experience in your next endeavor, and it changes into a learning experience.

Remember Entrepreneurs fail because they don’t plan ahead.

Entrepreneurs Fail Because They Do/Do Not Risks

Entrepreneurs fail because they take risks and sometimes because they don’t. (Kinda Confusing isn’t it?) The trick is to see what risks need to be taken, and what ones you should be running from.

In all honesty, there’s some guesswork here, you can’t ever be 100% sure. Because that means there’s no risk. As an entrepreneur, everything you do has risk associated with it.

Understand that, and embrace it. That’s your life now.

Prior to making any decision do some research. Once you’re done with that weigh the cost, examine the data, and plot a course of action. Once you do that, you’ll have to live with your choices, but at least you won’t have any regrets

I Hope You Enjoyed Reading My Latest Article. Best Of Luck To You In Your Future Endeavors. Don’t Forget To Subscribe Below, And Give Us A Comment Below On Your Thoughts. 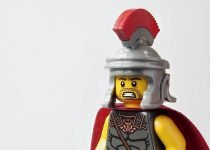 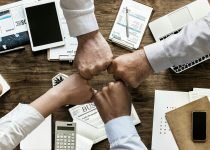