Skip to content
Home
How The Bible Can Change Your Life: Application And Studies
The Crucifixion Of Jesus; John 19:28

The Crucifixion Of Jesus Is A Symbol Of Love. During His Life Jesus Said The Greatest Love Is A Man Who Gives His Life For Others.

2000 years ago the crucifixion of Jesus happened. He was an innocent man, who died because of love. Why was there so much anger and hatred against him? He was reviled, hated, but ultimately loved. We can learn a lot from Jesus’s last words.

When he had received the drink, Jesus said, “It is finished.” With that, he bowed his head and gave up his spirit.

His last words came out; “it is finished.” What was finished? How could the Son of God come from heaven and allow himself to be killed? I’ve answered that question in another blog post, titled Why did Jesus come? Check it out.

Jesus Came To Be Crucified?

The crucifixion of Jesus was part of the reason he came to earth. I say part of the reason because 3 days later was the final part. Jesus needed to die and rise again. Only through this sacrifice could he save all of us from separation from God.

The Separation From God.

The crucifixion was like a bridge reconnecting God with the people he loved and created. The cross itself spans a great chasm, that our sin and disobedience created.

I know this all sounds pretty heavy, but God created us all. He made us so we could know him, and live with him. If everything that is good comes from him what would the absence of him be?

So when we sin, we’re choosing hell. It’s not God who sends us there, but us. In the Old Testament, God called himself I Am and later Jesus said the same thing. It doesn’t seem like it at first, but saying I AM, is pretty profound. It saying you exist, you have existed, and in the future you will exist.

God is the preexistent one, the present one, and the God of the future.

He just is. That’s why sin is so detrimental to a relationship with God. If everything that is good comes from him, separation from his is bad.

Why Jesus Needed To Be Crucified?

There’s a lot of similarities with traditional Jewish law and the death of Jesus. The law states that an unblemished lamb is needed for the sins of the family and/or people. (it depends on a lot of variables/customs/time periods any extra knowledge would be amazing on this subject.) However, I do know, that the shedding of blood is needed for the remission of sins.

Therefore, just as through one man sin entered the world, and death through sin, and thus death spread to all men, because all sinned—

Adam sinned and so we all have the tendency to sin, but God told his wife eve that by her seed the serpents head would be crushed. Fast forward 2000 years, and the, virgin gives birth, her seed conquered (now and in the future) the serpent.

What Was Finished In The Crucifixion Of Jesus?

Jesus came here for a purpose. To find the lost and bring them back into relationship with God. In John 5 he talks about knowing the father, and in the gospel of Luke he talks about lost sheep, lost coins, and a lost son. There’s a huge pattern there.

He came to earth and fought for us, knowing full well that he’d have to die. many times the Bible says he was headed somewhere, and healed someone on the way. it says he was moved with compassion. Jesus stated his mission early on in the book of John.

I think Jesus is speaking about something different than most of us would think of. The life Jesus came to give, was eternal life. His crucifixion and resurrection gave us access to God, heaven, and eternity with him.

If we surrender, and give our lives to Jesus, we can life that full and amazing life that Jesus came to give us. Right now we live in the shadows. I always think of a shadow world like stranger things has, or a sci fi evil dimension.

That is essentially what we’re living in, but through Jesus crucifixion, we have the power to change things, and we have the authority to help others find their path.

He Didn’t Die, Until The Job Was finished.

Jesus mission wasn’t complete, he had to die with our sins upon him. It was the only way we could be cleansed, and reconnect with God. When he said, “It is finished,” He made a statement of reconciliation. At that moment he’d won, and Jesus did all he needed to do.

I’m not saying he isn’t doing anything today. Jesus is God, and as God he is the I am (say that out loud 10 times fast). He exists outside of time and space. When Jesus went through the crucifixion, everything that was ever done could be covered. Past, present, and future, his blood covers all. We just need to ask, and surrender.

That was the sacrifice he made for you, when he said, it is finished.

After The Crucifixion Of Jesus, What Is Our Part?

If Jesus did his part during the crucifixion, then what should we be doing. As a Christian our first duty is to love the lord with all our hearts, and the second to love our neighbors. However I don’t see a lot of us in the church doing that.

Church people have a stereotype, and it’s horrible because it shouldn’t be that way. We should be the ones that people look too for love, help, and wisdom. Instead we turn our backs to the needy, and rush by the sick on our way to Church.

A phrase that was popular when I grew up keeps coming to mind. WWJD – What Would Jesus Do? I even wore a bracelet for awhile, it was blue and white, and got really dirty.

The Crucifixion, Should Happen Daily In Our Hearts

Then Jesus said to his disciples, “Whoever wants to be my disciple must deny themselves and take up their cross and follow me.

Maybe some people are better than me, and I hope there are people, because sometimes I’m hopeless. Everyday I have to pick up my cross and follow Jesus. I get mad driving to work, I get snarky with my boss, and I annoy my neighbors.

What if I could transform all of those interactions with love? What if love is what drove me, and love is what I focused on. How would that transform the people around me?

You see in our society, we tend to think of those as emotion, but instead I believe they’re a choice.

With Jesus dying and rising again he did everything he came to do. Past, Present, and Future. All fell under his rule, and now we have a choice. How will we live with our choice?

Tomorrow, I gotta wake up, and when I do there’s a choice to make. 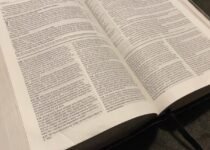