I grew up in the Church and was taught how a good Christian boy should act. The impression I received was to be a nice guy, a quiet guy. For some reason that rolled into piety, and the understanding that Jesus would be happy with us. As I grew older, I realized the Christian walk is nothing like that. You have your hopes, fears, dreams, and failures. Stuff happens, and being the nice quiet guy in the corner will get you nowhere.

After the first few years of this, I started to study the Bible deeply, and what I realized destroyed my entire belief system. Everyone around me seemed to be happy, but I couldn’t say the same for myself. I was following the rules and regulations of the Church, but they didn’t match up with the Bible.

A Christian: Originally The Term Meant Christ Like. His Followers Acted Like Him So They Were Called Christians. A True Christian Is One Who Gives Their Live To Jesus, “

When You Confess With Your Mouth And Believe That Jesus Was Raised From The Dead. You Are Saved.”

One of the first things I saw was a difference in what is acceptable. During this time I’d moved to Mississippi to attend ministry school. I was amazed at the difference in swear words between the north and the south. Slang that was tame in Minneapolis could cause a riot in Jackson. I had to learn how to watch my mouth pretty quick. That was difficult for a sarcastic person such as myself.

I began to realize that the Church (in the general term) had been adding things to their list of things God doesn’t like, and these things were based on cultural significance. When you dig into separate denominations things get even worse. On the surface the difference included drinking, gambling, and even swearing. Then if you go deeper you can talk about predestination or pre-tribulation, and post-tribulation.

I DON’T CARE about any of those topics. The first couple of them are viewed as sin in our culture and that’s between them and God. The second items are theological and have been debated for years. I believe in pre-tribulation, but my only basis is because I don’t wanna be here when it happens. There’s enough evidence to argue it either way, and personally I think Gods going to do something nobody expects.

What matters is that we love Jesus, and we share him with everyone we can. That’s what matters.

The Phrase ‘Christian Walk’ doesn’t appear in the Bible, it’s more of a general term from the feel of some verses, and the lifestyle. I like the term, because it is a walk and not a sprint. You gotta pace yourself in this life, or you’ll find yourself completely exhausted. Both mentally and spiritually.

I love it, because Jesus simplified the law. However he did add some other things into it later on. The rule change made things a bit more complicated, right after he simplified it. Now if you hate someone, that coincides with murder (1 John 3:15) and if you lust after your neighbors wife, goes what that’s adultery.

The Old Testament focused on actions, while the new changed your heart.

Finding My Way On The Christian Walk

I spent a lot of time annoyed, everything I learned was wrong. Even if a lot of it was good common sense it still felt wrong, and confining. After awhile I was able to put a feeling to it, it was like we were keeping God at an arms length. I’ve always hated rules and regulations, and the burden of them was great.

This got worse when I went to Masters Commission in the South. I love the program, and many awesome people have been discipled through it. In fact it changed my life, but its just a tool, and like any tool things can go awry. Because people us them, and people are flawed.

Politics in the programs started to change things, and I saw ministry schools adopt policies that I couldn’t agree with. In the South I had seen enough issues that were culturally different than my own let alone things I couldn’t understand.

I confess, that I got frustrated, and I was standing in judgment over people. It wasn’t my right to do that, and I developed a prideful spirit.

Then God Spoke To Me

The annoyance and frustration grew, and all I saw were people following rules they believed to be true, as I saw them in bondage. The Christian walk for them was one of blind servitude, and that scared me. I wondered if I was blind, but I was always super independent, or rebellious. So maybe I was dealing with other issues.

Some Pastors and I were at a prayer meeting, and I believe what they said was from God because it was confirmed later (Philippians 1:18). What does it matter if they aren’t sinning? What they’re doing is helping them focus on God. if I’m going to be an adult, I should learn to bite my tongue and become all things to all men. It just might be how they’ll grow.

The Christian Walk Changed My Mindset

I started to think about that, and as I read more in the letters of Paul, Jesus started to open up my eyes. I might’ve had the freedom to do the things they couldn’t, but that doesn’t mean I should flaunt it in front of them. If the roles were reversed, I’d be angry.

To the weak I became weak, to win the weak. I have become all things to all people so that by all possible means I might save some.

Paul didn’t care about who would judge him on his Christian walk, instead he focused on reaching the lost. Doing that is loving God and your neighbors with a whole heart.

You may not have the same issues that I wrote about above, but it’s possible that you’ll deal with something like it. Remember the Christian walk isn’t a race, it’s a focused, hike. You don’t know where you’re going, but he does.

God has called you into this world so you can accomplish some epic goals. You are the best person for the job, and without you, it’ll fall apart. God will have to pull someone else to fill in the gap.

The gap is your responsibility, and mine. The Christian walk should be extremely simple, love God, and Love others. You get filled up daily, and go fill others up. Thats it.

In our daily lives, we complicate things so much. I can’t tell you how much time I waste in prayer. I’ll be begging God to do something and I get angry, or lose focus. Then everything is over and I’m off to work.

What Do Christains Need?

I need God in my life, without him, I’m nothing. One of the first things God spoke to my heart in Ministry schools was that we are all dust. What makes us worth something, is his breath.

He breathed into us as we were a pile of dirt, and his breath gave us life. That’s why worship is so powerful, we’re giving back the breath he gave us. As you go about your daily life, focus on him. Believe that he’s with you, and take a few seconds to acknowledge that he’s near.

An awesome book that I was given a long time ago helped walk me through this process. It’s by a monk called brother Lawrence. Its an old book, but I highly recommend it, as it’ll teach you to walk in his presence. it’s something I strive for everyday.

The book is titled “The Practice of The Presence Of God” you can purchase it on Amazon by clicking here.

Stay strong, and focus on him, he will see you through everything you face.

There’s a Psalm that says

I lift up my eyes to the hills. From where does my help come? 2My help comes from the LORD, the Maker of heaven and earth. 3He will not allow your foot to slip; your Protector will not slumber.

Your Christianity Isn’t Based On Anything But Jesus 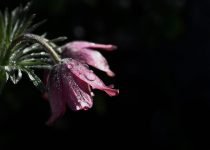