In 2 Timothy 4, we have Paul giving his final instructions to Timothy. He encourages him, reminds him to keep pressing into Christ, and then sends his regards to other friends.

Many scholars believe this to be the last book Paul wrote before his death, and 2 Timothy 4 is the final chapter. I also believe the tone helps push that belief forward.

This is the last chapter of the last book, and Paul is desperately trying to force as much information in as he can. He knows his death is near, and yet he’s a little excited about it, as he talks about the prize.

I wish we all could greet death with that kind of happiness and trust.

4 I solemnly urge you in the presence of God and Christ Jesus, who will someday judge the living and the dead when he comes to set up his Kingdom: 2 Preach the word of God. Be prepared, whether the time is favorable or not. Patiently correct, rebuke, and encourage your people with good teaching.

3 For a time is coming when people will no longer listen to sound and wholesome teaching. They will follow their own desires and will look for teachers who will tell them whatever their itching ears want to hear. 4 They will reject the truth and chase after myths.

5 But you should keep a clear mind in every situation. Don’t be afraid of suffering for the Lord. Work at telling others the Good News, and fully carry out the ministry God has given you.

6 As for me, my life has already been poured out as an offering to God. The time of my death is near. 7 I have fought the good fight, I have finished the race, and I have remained faithful. 8 And now the prize awaits me—the crown of righteousness, which the Lord, the righteous Judge, will give me on the day of his return. And the prize is not just for me but for all who eagerly look forward to his appearing.

2 Timothy 4: Even When Death Is Near, Paul Is Preaching And Teaching

While I read these verses, I can’t get over how happy he sounds. Even when he says that his death is near, he seems excited. He’s been faithful, and his prize is on the way.

Is that the way we all would feel? How would I fare in a similar situation? I don’t think it’d go very well. Sometimes while I’m writing these posts, I get so convicted that I feel like I need to go pray for a few weeks. When doing some research on 2 Timothy 4, I got hit really hard by this.

Paul is about to die, but instead of being sorrowful, he’s preaching and teaching to the people he’s poured into the most. He wants them to continue on, and earn their own prize. Would I do the same, if our roles were reversed?

I believe this word isn’t just for Timothy, it’s also for every believer from then till now and beyond. Paul is encouraging us from heaven. He’s saying keep going, the prize is almost there, you just gotta keep going.

The message of 2 Timothy 4 is pretty clear. Preach the gospel with everything you have. Demonstrate the love of Jesus, because that is how you win souls.

Many of us have failed in this concept. We don’t have the love of Jesus in us, and we don’t like the idea of preaching anymore. It hurts people’s feelings and makes us feel awkward. What about when they get dragged to hell screaming why didn’t you tell me?

I don’t want to experience that, but I’m scared that I still will.

9 Timothy, please come as soon as you can. 10 Demas has deserted me because he loves the things of this life and has gone to Thessalonica. Crescens has gone to Galatia, and Titus has gone to Dalmatia.

11 Only Luke is with me. Bring Mark with you when you come, for he will be helpful to me in my ministry. 12 I sent Tychicus to Ephesus. 13 When you come, be sure to bring the coat I left with Carpus at Troas. Also, bring my books, and especially my papers.[a]

14 Alexander the coppersmith did me much harm, but the Lord will judge him for what he has done. 15 Be careful of him, for he fought against everything we said.

16 The first time I was brought before the judge, no one came with me. Everyone abandoned me. May it not be counted against them. 17 But the Lord stood with me and gave me strength so that I might preach the Good News in its entirety for all the Gentiles to hear. And he rescued me from certain death.[b] 18 Yes, and the Lord will deliver me from every evil attack and will bring me safely into his heavenly Kingdom. All glory to God forever and ever! Amen.

2 Timothy 4: Paul is Bringing Timothy Up To Speed

Paul knows his time is short, and so he begs Timothy to hurry and come to him. The next few verses seem like he’s giving a short this is what’s going on. Just in case something happens before he gets there.

I’m not sure why Timothy wasn’t with him, I’m assuming he was doing some ministerial duties and was away.

However, Paul goes through an almost confession stating what has happened and then lets go of any offense by asking God to judge them. An offended person would want to mete out that Justice.

19 Give my greetings to Priscilla and Aquila and those living in the household of Onesiphorus. 20 Erastus stayed at Corinth, and I left Trophimus sick at Miletus.

21 Do your best to get here before winter. Eubulus sends you greetings, and so do Pudens, Linus, Claudia, and all the brothers and sisters.[c]

22 May the Lord be with your spirit. And may his grace be with all of you.

2 Timothy 4: The Final Greetings Of Paul

The last few verses contain Pauls’s final word to the people he loved and worked alongside for years. While I know he wanted to be with Christ more than anything. There was probably a little bit of sadness knowing he was leaving his friends behind.

It’s a bittersweet moment dying on this earth.

You have to leave your friends, family, and others. Usually, it happens pretty fast and you have no time to say goodbye. Then you get to heaven, and you get to see all of those people who’ve gone before you. The ones you’ve missed, and cried at their funerals.

of course, the greatest thing about heaven is who I’ve neglected to mention. We finally get to see Jesus and live in the presence of God.

At that point, we’ve finally gone home, and we’re waiting on the others you’ve left to finish their journey and join you. 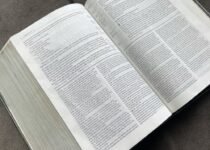 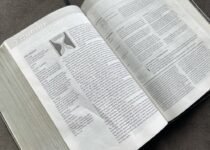